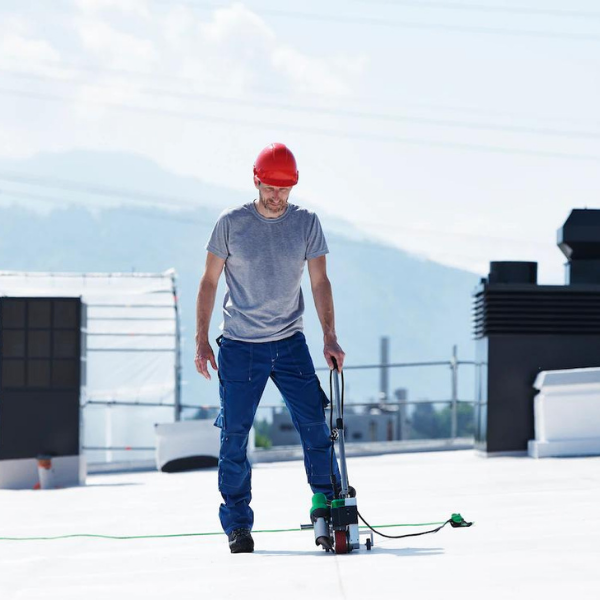 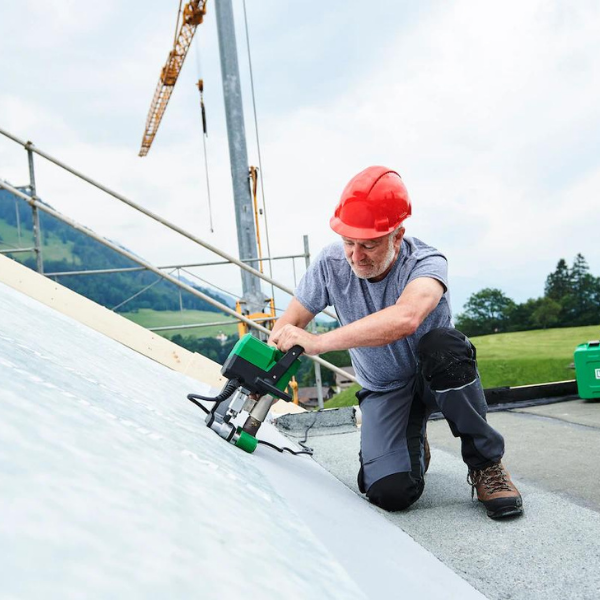 Leister roofing: Proven on all roofs

Weld flat roofs and waterproof membranes made of thermoplastics (PVC, TPO) and bitumen. Leister has various automatic welding machines for different needs when welding roofing membranes: The VARIMAT is especially suitable for welding large roofs, e.ge. flat roofs on industrial buildings and factories. The UNIROOF it suitable for medium-sized roofs. 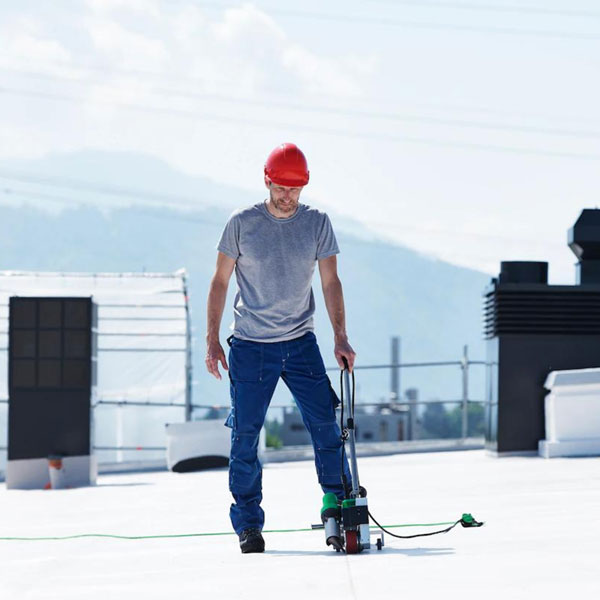 When it comes to welding smaller, flat or pitched roofs, welding work on the parapet, welding close to the edge and welding connections and skylight domes, the UNIDRIVE is the optimum Leister roofing machine. This is because its drive, which can be changed from left to right, makes it particularly versatile and ideal for working in confined spaces. For precise detail work, the Leister heat guns supplement the tool assortment of all roofers, because the wide range of accessories, e.g. different nozzles for different applications, pressure rollers etc., the light, handy and ergonomically shaped heat guns are reliable helpers when roofing. All over the world, roofers invest in heat guns and automatic welders from Leister because of the tools quality, reliability, robustness and durability. 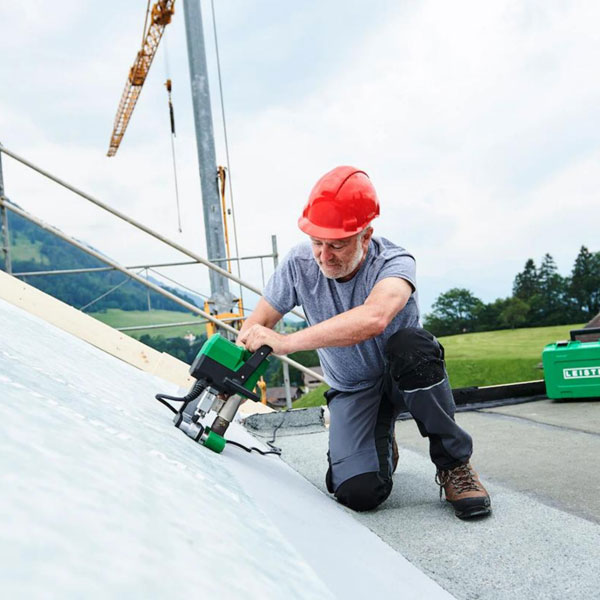 Roofs that have a slope less than 10 degrees are considered flat roofs. Most industrial roofs and some residential roofs are considered flat roofs: From warehouses and shopping malls to apartment buildings and bungalows. For flat roof waterproofing, plastic membranes made of TPO and PVC, or bitumen membranes, are laid overlapping and then tightly welded. Leister automatic welding machines like VARIMAT and heat guns like TRIAC are popular around the world due to their innovative welding technologies, reliability and safety when installing flat roofs.

Regardless of whether it is a flat or pitched roof, Leister is present on all roofs. Leister’s automatic welders and heat guns are used worldwide to weld roofing membranes. For example, welding sub-roofing membranes on site or in advance at a factory, while staying compliant with the law. Additionally, roofers weld with Leister automatic welders for large, industrial, flat roofs, e. g. the VARIMAT, particularly efficient for waterproofing large membranes on the roof.